The arcs of a serpent? What are they? 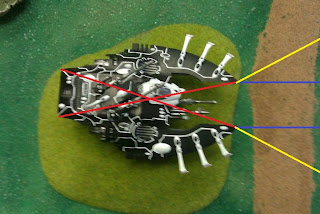 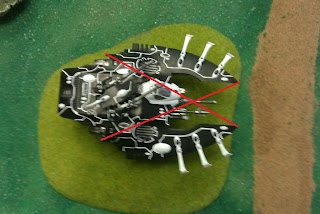 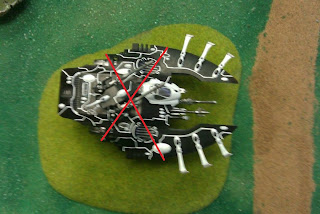 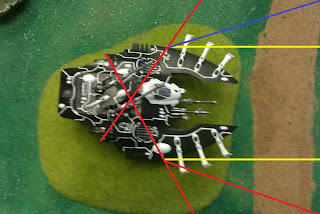 So with Serpent Shields being all the rage how do they work?  They state that they fire forward?  Is that straight forward from the front?  Is it a 45 degree arc, is it the whole front arc of the vehicle that is targetable?  For that matter how do you even determine the front arc of the serpent?  Is it from the Tips of the wings, or further back?  Thoughts?

New Codexs: Why GW can't win, and the internet hates everything.

So now that we are 2 Codices into 6th ed I am really considering giving up on internet forums.  (Well most of them anyway.).  People on them are IMO just plain crazy, and completely unreasonable.  So the Chaos Space Marine dex hits and I go to see what people are thinking about it and all I see are from chaos players comments about "faildex...." everything is terrible.  The Dark angels codex drops, and now I see a ton of Dark Angel players saying the same thing (while the Chaos Players bitch about how much better the DA codex is.).  Prior to that everything is just bitching about X codex (Grey Knights, Daemons, Necrons.) being too powerful and the only conclusion I can come to is that no one is happy unless they get the new "power" dex (and then everyone else is pissed).

This is a totally different attitude than what I see from actual players when I am hosting events (though not much feedback on DA just yet, but a lot of people seem excited).  People are loving the new CSM dex and while some list elements are very common (Hell Drakes, Cultists) most lists I have seen have been different enough.  So the amount of negativity is just making me sick, and it seems like GW just cannot win.  Put out fairly balanced looking armies, and the get, "this dex sucks, nothing is great, it is just blah".  Put out flavor of the month OP armies, and they get "X codex is so OP, its horrible, unbeatable....."

So to all those out there ringing their hands, because they think they could do a better job, making a fun and balanced dex.  Have fun with that while I enjoy the game...
Posted by breng77 at 2:18 AM 7 comments: 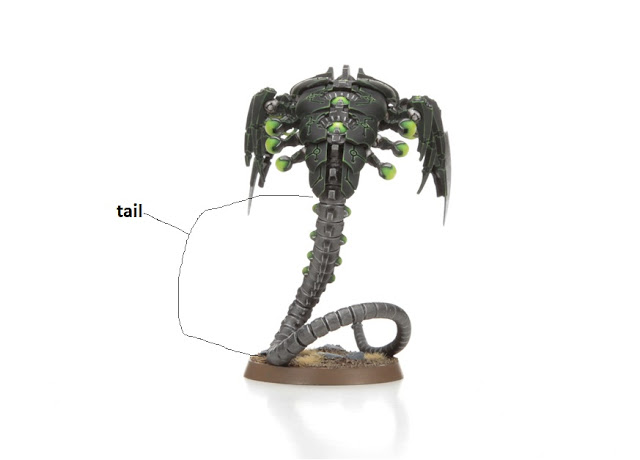 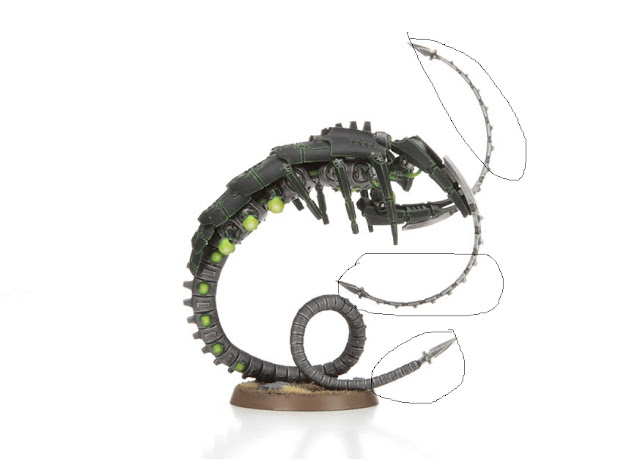 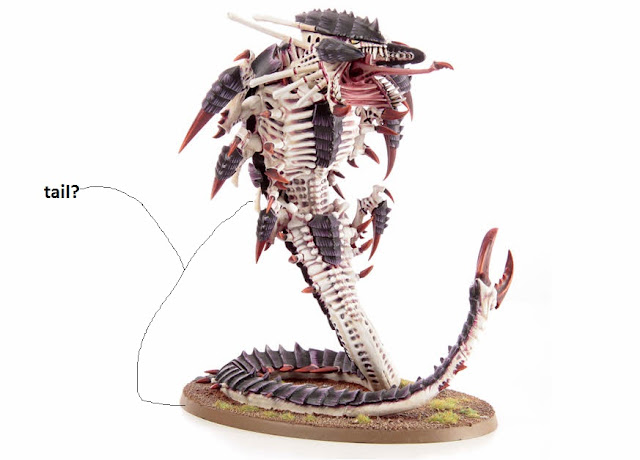 Rules You get wrong: Multi Assaults in 6th Ed.

I listen to a lot of podcasts, read a ton of forums, and blogs and so far one of the rules I see people reading wrong across the board are the rules regarding multi-assaults.

What I hear most frequently said is this "You declare Primary and Secondary targets, then you must move all models into base to base with primary if possible before moving into base to base with a secondary unit."  In fact one podcast gave the example of a Trygon being assaulted by 10 marines and all the marines moving into its big base prior to being able to multi assualt.


This interpretation is just plain wrong and a misreading of what the BRB says.  What the BrB states is that models in the charging unit must attempt to make base contact with UNENGAGED models in the primary unit before they can charge into a secondary target.

Lets look at the example below.  Say the blue circles are a 5 man tactical squad, and they want to charge the Yellow and Green units.  Here is how the assault is resolved.

1.)  They have shot the yellow unit and declare it as the primary charge target, with the green unit as secondary.
2.)  Both charge targets can then declare overwatch if possible.
3.)After overwatch is resolved the Tactical marins roll their charge distance.
4.) Assuming they roll a large enough charge the closest model moves into base with the closest enemy model in the primary target.
5.) Next models 2 and 3 move into base with the primary target because they must engage models in that unit that are not already engaged.
6.)  At this point all of the models in the primary target have been engaged and the rest of the models in the charging squad can charge a second unit as shown below. 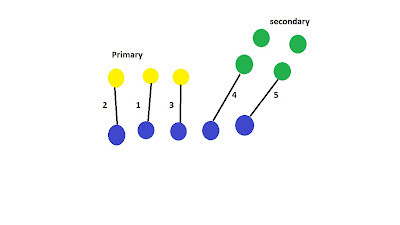 So 6th ed 40k has been out for a little over a month now and there is one thing I would like to see changed.  I really wish all sides would quit their bitching(or at least put it on hold).  Now there was plenty of this in 5th ed, and maybe I was not around as much of it but so much of what I hear or read seems to be people bitching about one facet of the game or another.  I get it the game is different, your army may not work the way it used to, but how many times do I need to read about people bashing the game, or tournaments, or fluffy rules...
I mean first we had the wave of people complaining about randomness.  I hate...
Random Charge distance
Warlord Traits
Mysterious _________
Psychic powers


because they might cost me the game.  Sure missing a critical charge might cost you, and you can gain slight advantages from the other random elements.  But they don't break the game, and you could have lost on random chance last edition as well.  Sure they have added a couple layers, and I don't expect most tournies will use Mysterious items, as they are hard to keep track of, but really I have yet to see them break a game.

Then we had complaining about rules.  I hate...

wound allocation- this one is a popular whipping boy, because people are playing it wrong in most cases that I see.  The complaint is that it takes to long, that you roll one save at a time, that you roll too many extra dice...etc.  I'll admit that there are occasions where it takes a while (mostly mixed save scenarios, which are fairly few and far between in my experience.)  In every other case you pick up the wounds and roll your saves, then (unless you have a character) you remove models...Done.  Not as cumbersome as many seem to be making it.  It will take some getting used to but many I see complaining about it are rolling every save individually, rolling LOS prior to saves for units with the same save etc.

Essentially until you have fully learned the rules it is best not to complain about them.


Finally, people complaining about how they have to change their army.  Did they really think (after all the codex releases) that GW would leave it so that they would not have to modify anything to keep a good army.  Throw on top of this the constant back and forth between tourney players and non-tourney, players how much do we really need to hear from either side that the other one is doing it wrong.  Reading tactics/list building articles, and then reading the comments to see nothing but, "This article sux cause it is WAAC" helps no one, if you see an article about competitive list building (really the only kind of list building article that there is.) and you don't want to read about it...don't, go read about hobbying, or here is a novel idea write an arcticle of your own about how you built and play your fluffy list.  I see less of this on the other side because so called WAAC (read as competitive) players, don't read arcticles that don't interest them (they tend instead to post on message boards, competitive advice on someones fluffy list).  In both cases it is like going to a Sushi bar and being pissed that the fish is not cooked.  You knew what you were getting into when you started, don't bitch about it.

Essentially, I wish people would just quit their bitching, you don't like the change to the new edition, thats ok you have a couple options.
1.) Give it time, until you learn all the rules, maybe things will change.
2.)Give it up, sucks but maybe you need to move on if you really don't enjoy the game any more.
3.) Find a group of like minded people and keep playing the old edition.
Posted by breng77 at 12:08 PM 4 comments:

Connecticon Info is up

Reservations are not open yet, but if you are interested I suggest booking your Convention Pass soon (its $50 until May 20th, and goes up to $60 after that)

Any questions Feel free to Email me breng77@yahoo.com
Posted by breng77 at 8:24 AM 3 comments:

So due to some circumstances, I have been tasked with running the Wargamming events at Connecticon; a large Anime/Sci-fi convention here in Connecticut on July 13-15. Given the resources I have available and the price of the con. I am looking at running a 32 man 5 round tournament.

Having played at a number of larger tournaments, and given that I have enough rounds to produce a single undefeated player. I am leaning toward running missions using the NOVA format. Given the time constraints the con presents as well as some personal preferences I am leaning toward running the tournament at 1750 points with rounds being 2-2.25 hours.

I will also be running a 1500 point Team tourney on Friday night for anyone who wants to show up 1 night early.

So that said check back here for more information.  In addition entry for the event and general info can be found here Connecticon Tabletop mini events. Nothing is posted up yet, but I have submitted the events.  More to come.
Posted by breng77 at 12:11 PM 2 comments: